It isn't easy being green... 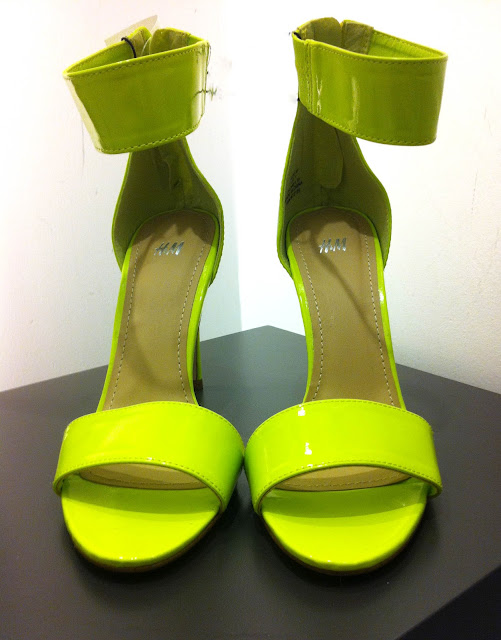 I am currently bogged down with Uni work as my final deadline is looming... As a result of this my posting patterns have become sporadic at best and I have become somewhat of a recluse- I cannot remember the last time I had some much needed quality time with my girlfriends!

To make matters worse, my final project is to make a magazine so I am torturing myself daily looking at an abundance of clothes to put in said magazine.
However, one good thing has come out of this, I saw these little beauties a few months back on a blog, they are my perfect Summer shoe; simple in design, bold in colour and just the right amount of Celine inspiration/ straight up copy and a snip at just £24.99!
I have always just missed grabbing them before they sold out but through my incessant internet trawling I managed to bag them before they went :) Every cloud...
Posted by Madeleine bowden at 08:18 No comments: 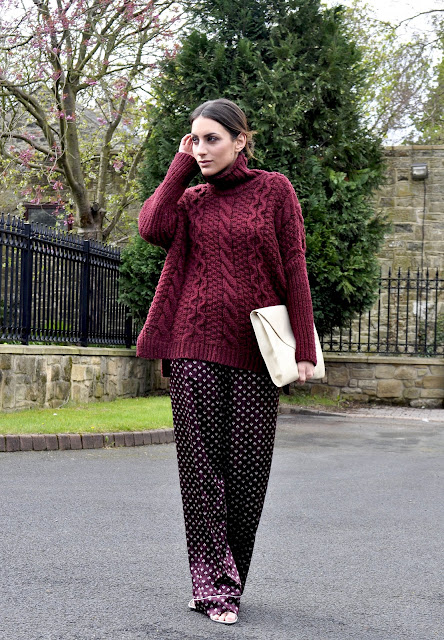 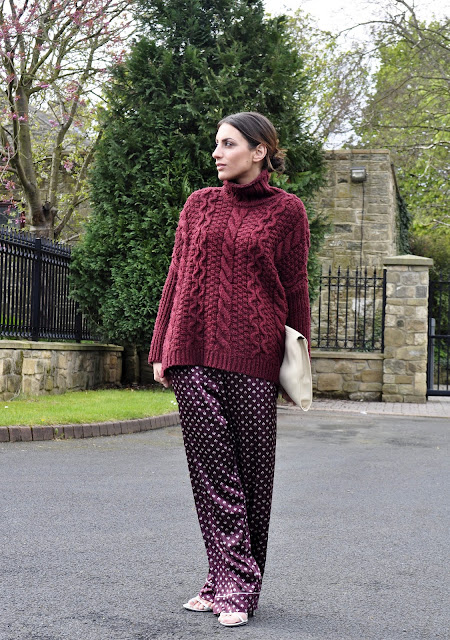 There is something about Sundays that makes you want to lay on the sofa and watch old films, wishing that you were mincing about, getting caught up in antics involving a cruise ship or old steam train- whilst donning every garment from Auntie Mames wardrobe.
This Sunday, however, was spent traipsing all over the city looking for a new pair of glasses for the boyfriend (his eyesight is deteriorating and if it is going to go, it's going to go in style!)
Pyjama dressing is positively genius! Heavily exhibited in Stella McCartney's SS12 collection.
I found these little beauties in M&S at Christmas, they flow when you walk with the kind of grace a kin to a ribbon in the wind.
This jumper is my go-to knit on days like today, when you just want to relax- warm on the top, comfortable on the bottom- the most practical outfit I think I have ever worn (minus the five inch heels ;).
Posted by Madeleine bowden at 07:38 2 comments: 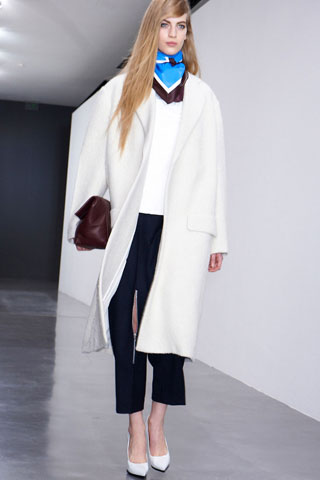 The 'Hold your breath while you watch' Mary katrantzou 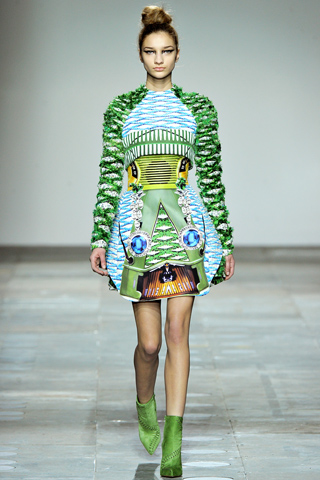 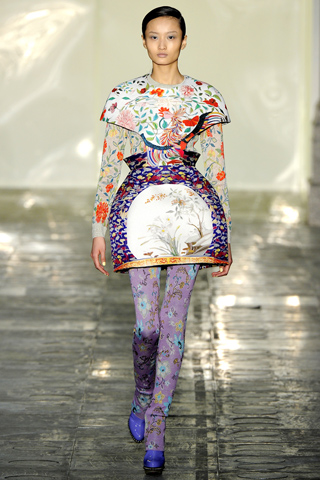 Ok, so not strictly a 'solo' female, but a female in partnership non the less:

The ' I want everything in the collection' Thea Bazzetti (Preen) 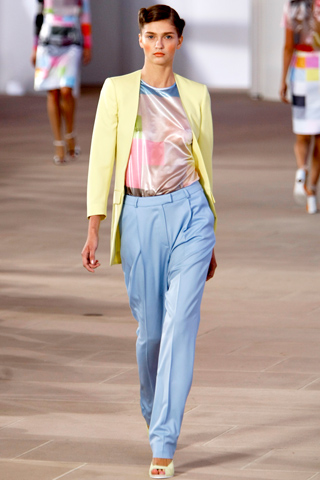 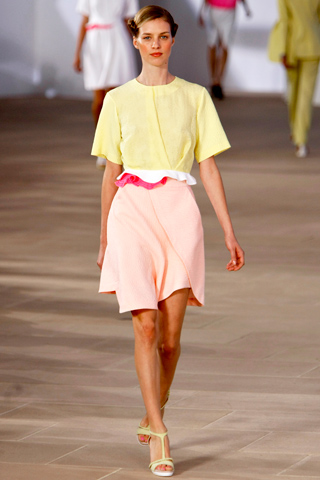 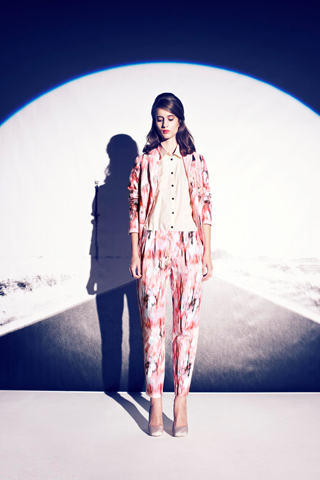 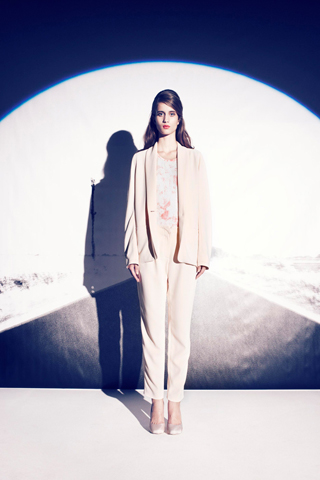 The 'aspirational' Olsen twins (The Row) 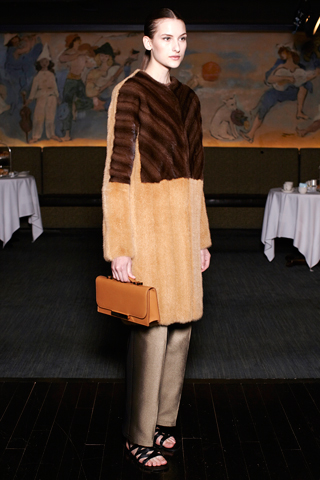 Following Raf Simon's move to Dior (More on THAT later) a good friend of mine made an observantly valid point...
He said, "Why are all the biggest designer's men?"
I was just about to correct him when I realised that when it comes to the Heavy hitters and couturiers of the fashion world, he isn't too far off the mark.
The Big fashion houses are steeped in history and they are very incestuous when it comes to their hiring techniques... Lagerfeld, Galliano, Simon's,Tisci, Jacob's and Pilati are all near god-like when it comes to their knowledge and talent but they all have one appendage that no woman can compete with, no matter how hard she tries.
I suppose the old adage of, 'If it ain't broke, don't fix it' is very apt here.

So in light of this, I decided to pay homage to the wave of female designers who are making their mark with their beautiful, innovative and inspiring designs - not only the fashion world but the streets also, with a whole army of women exhibiting their own take on these beautiful designs!

Posted by Madeleine bowden at 08:28 No comments:

There has been some kind of freak storm here as of late, we went from 23 degree heat to snow in the space of three days?!
Donning an outfit with all the intentions of braving whatever mother nature threw my way, Wind: check, sun: check, cheeky Celine reference: check.
Head over to my sister blog TWICETHEBLOG for more pictures and a little peak at what my fellow beautiful blogger Lisa wore.

Posted by Madeleine bowden at 07:35 No comments: 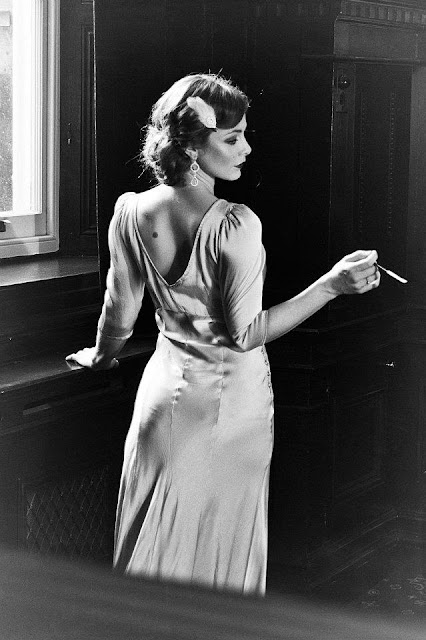 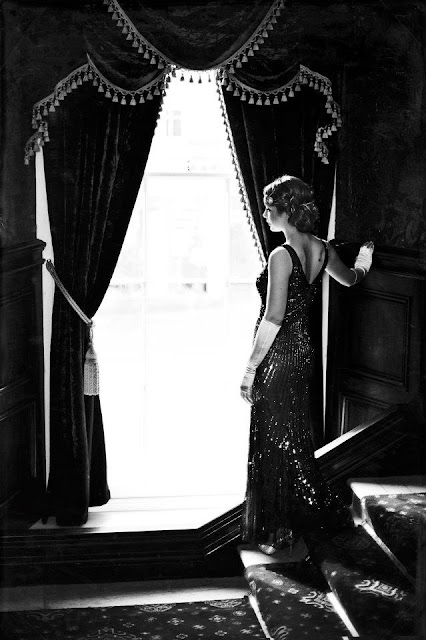 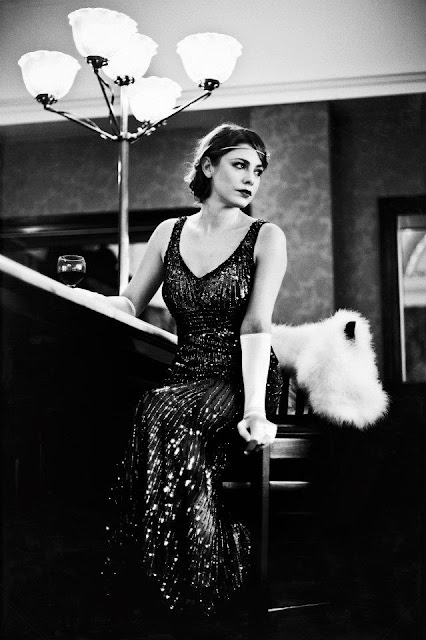 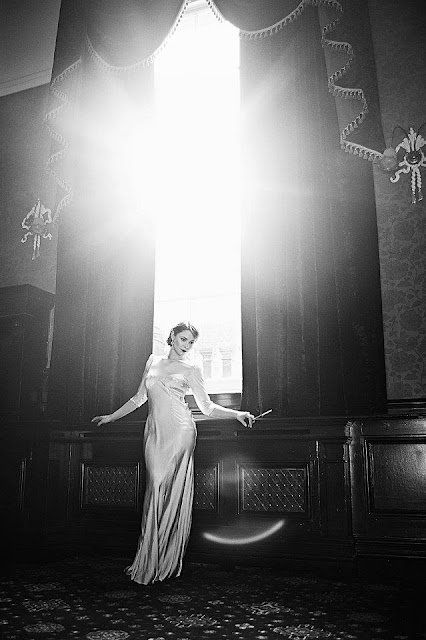 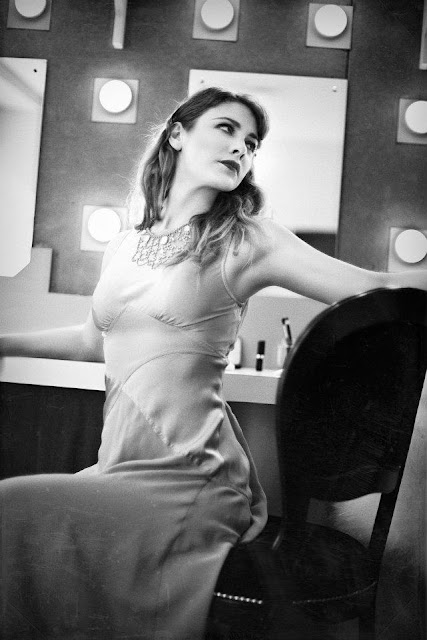 Another shoot collaboration with the painfully talented Chris Davis of Specular for The Sunday Sun.
This particular shoot was with actress, Lauren O'niel (of the match.com advert- "girl on the platforms smile") She was such a sweetheart and so much fun to work with.
The theme of the shoot was hollywood 1920's... so you can imagine my excitement! Composure was definitely needed when I was let loose in the department store whilst pulling clothes.
I went for glamour of the highest order with a variety of Ghost dresses that dripped off the body like molton, liquid gold (daydreams of wedding dresses ensued... don't worry, marriage is not even slightly on the cards yet, but a gal just can't help herself when faced with this kind of impossibly fitting gown.)
Smokey eyes and deep waved finger curls completed the look.
The location was in an old Theatre in the city centre and the rooms were so grand it felt as though we were actually present 'of the time'. It was absolutely divine and probably a little more of an opportunity for me to realise my dreams of being in a Fitzgerald novel, I know, I know...
Posted by Madeleine bowden at 06:06 3 comments: